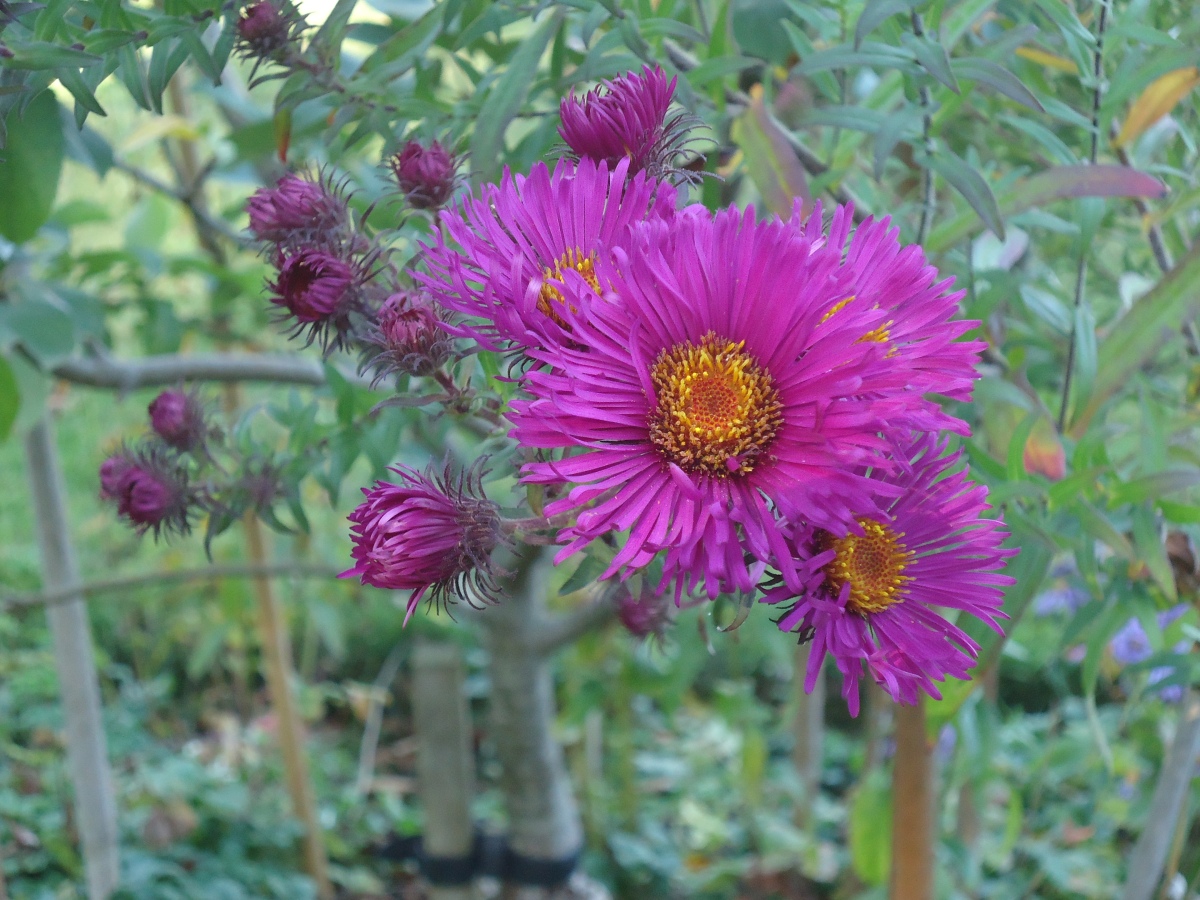 Michaelmas Day (September 29) is the feast of Michael and All Angels and marks the closing in of the long, dark nights as the days grow colder and summer begins to wane.

One of the four quarter days, Michaelmas was the day on which rents were due, leases begun and servants hired, a busy time in the estate office at Lydiard House.

But today, in a glorious blaze of colour, summer enjoyed a last hurrah in the Walled Garden at Lydiard Park.

Created during Jack St John’s 18th century makeover of the parkland and restored during the Lydiard Park Project 2001-2007, the Walled Garden is a place of peaceful contemplation in any season. 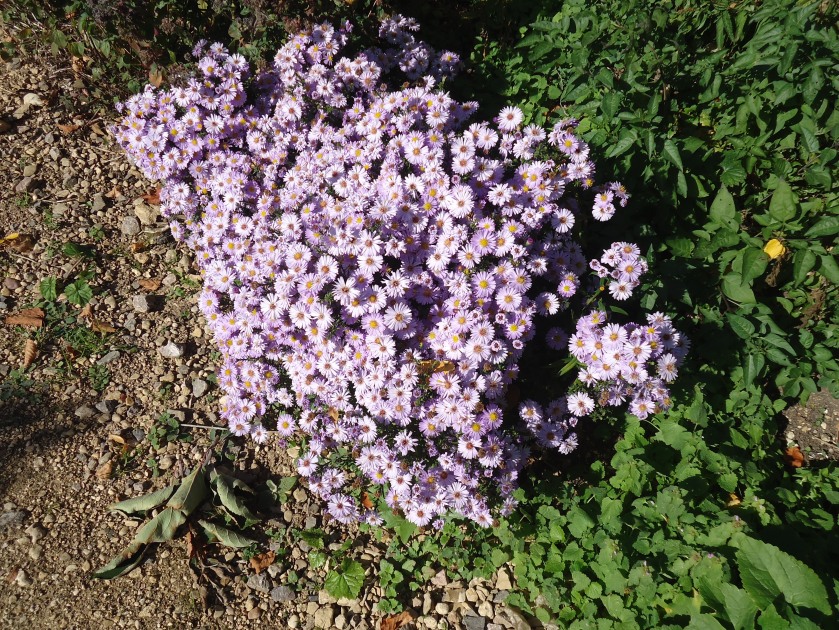 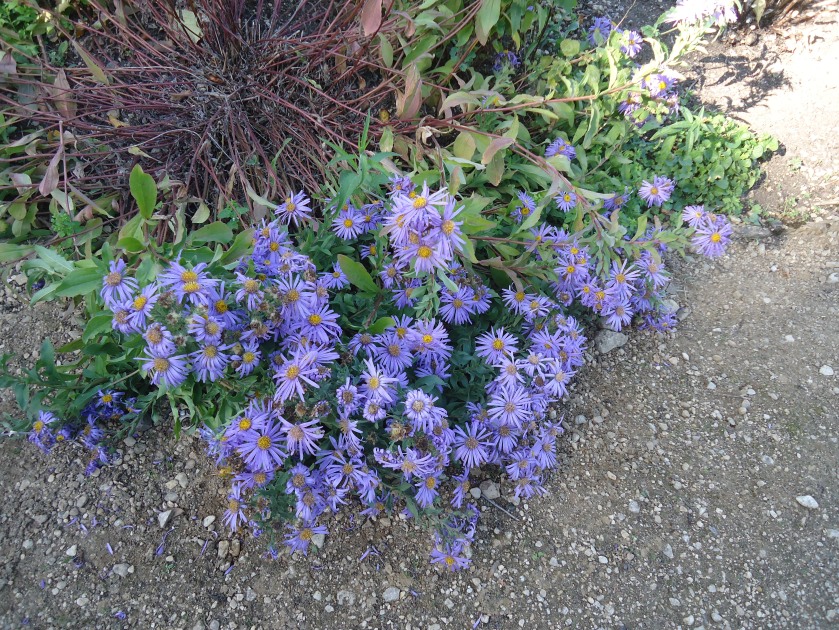 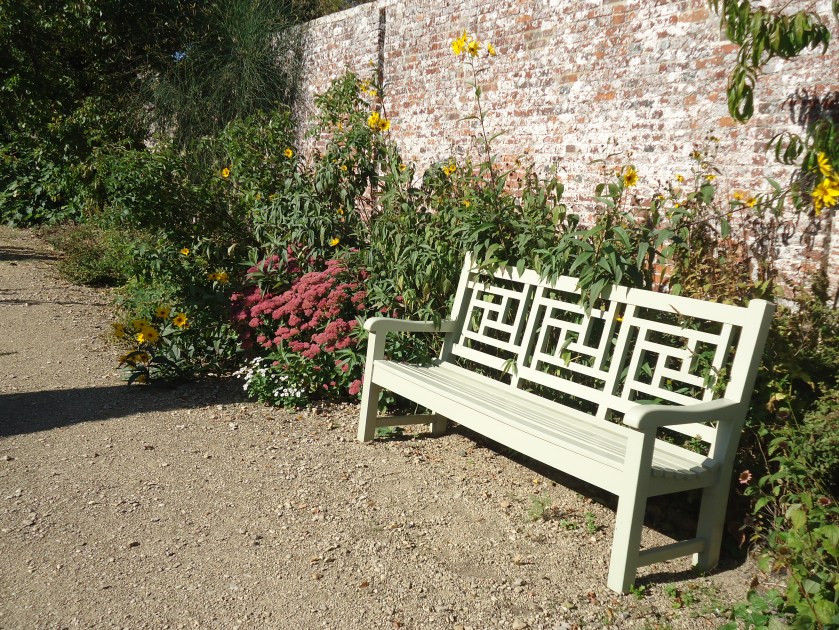 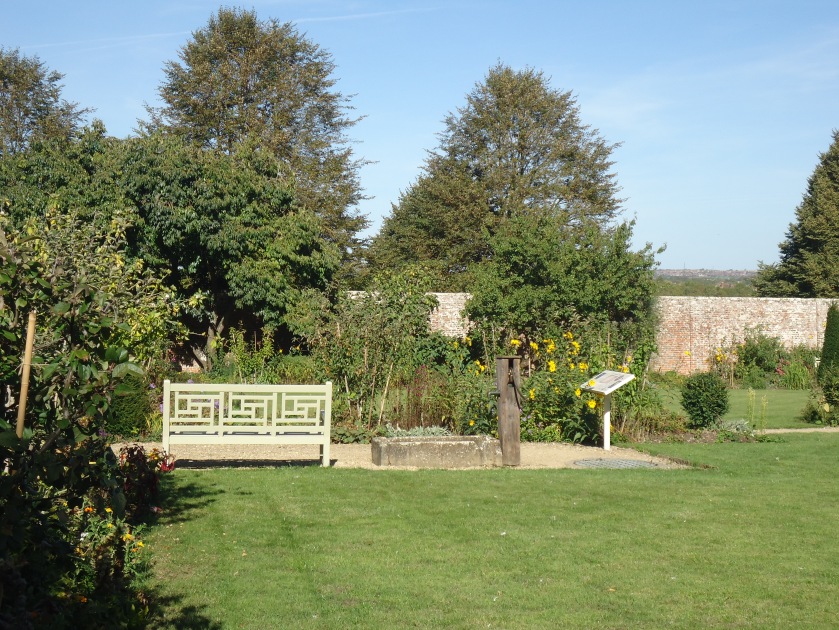 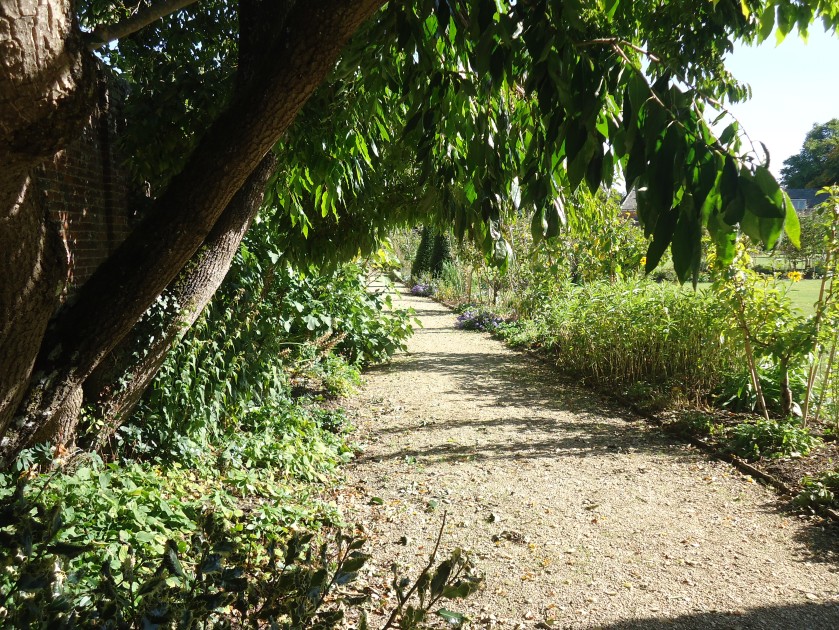 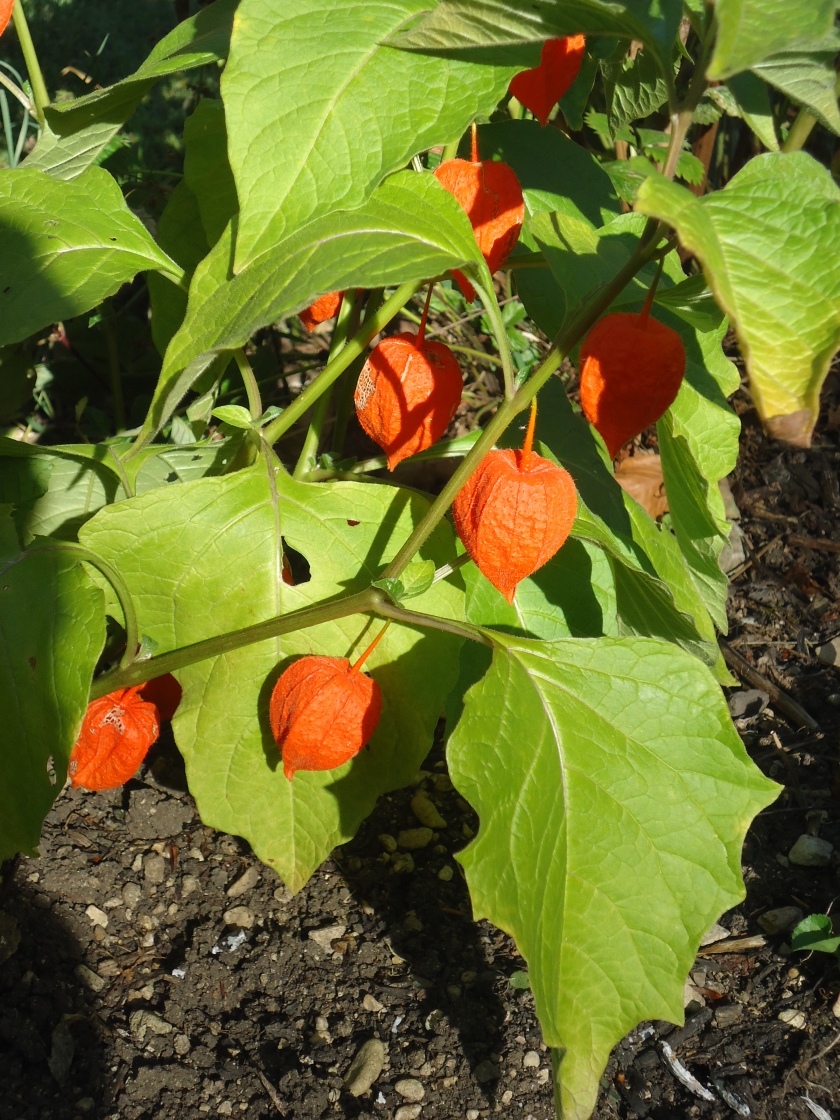 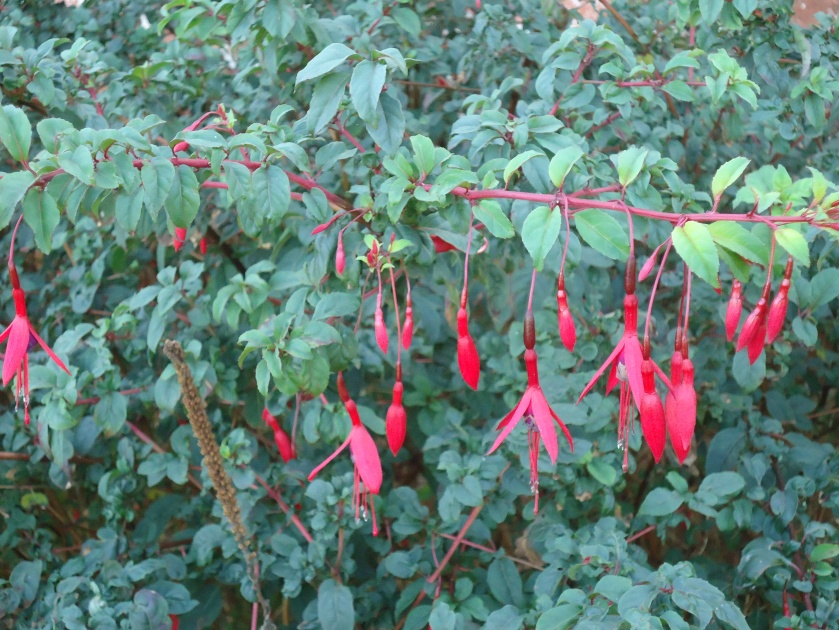 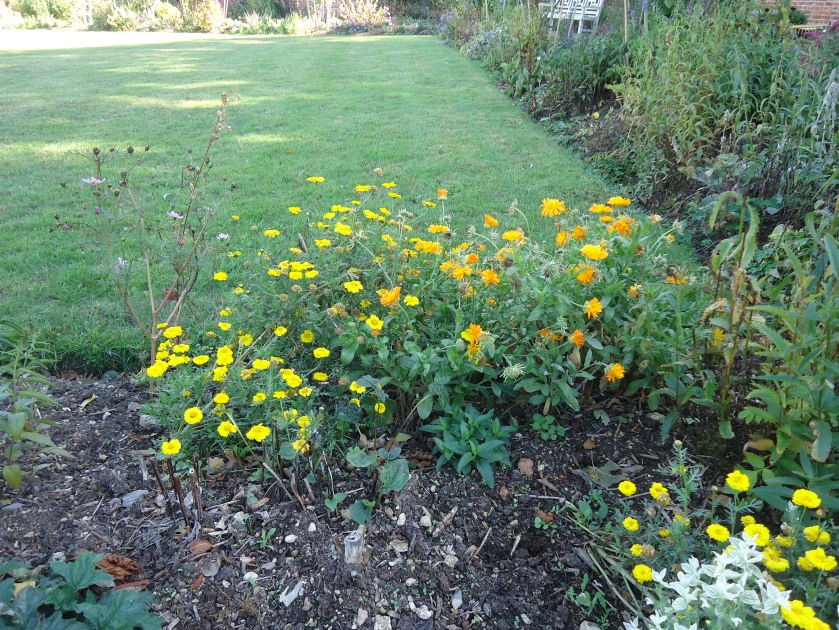 Are you gardening on a budget? Apparently so was Sir John St. John married to wealthy heiress Anne Furnese, when he transformed the gardens at Lydiard Park in 1743.

Sir John had the 17th century formal gardens tended by his grandmother torn up in the name of changing garden fashions for a romantic, more natural looking landscape. It was out with the old and in with the new and the formal fruit and flower garden was relocated to the back of the house.

Lady Johanna, wife of Sir Walter was a keen gardener. Letters written from her home in Battersea to Thomas Hardyman her steward at Lydiard indicate how involved she was with the planting and development of the garden.

Another letter to Hardyman gives instructions for Rudler, the gardener regarding a consignment of seeds…to send him a noat of the number and how to use them but the seed must not be s[own] till next yere tell him he must not brag to much least he lose them and tel him I would have all the white and yelow crowns planted in the outward garden as wel as thos that are turned plaine red or yalow or white bid him also save some of his white stock seed for us…

The walled garden was central to the ambitious 2005 Lydiard Park Restoration Project championed by former keeper of the house Sarah Finch-Crisp.

The garden is surprisingly large with an area measuring 4,500 square metres. It’s an odd shape too, a parallelogram. The northeastern wall is taller than the others to offer better protection against winter winds. While three of the corners are angled, the fourth is rounded. It has been suggested that a curved bench was probably positioned there to catch the last rays of the setting sun.

Wessex Archaeology made an excavation of the walled garden in 2004 ahead of the four-year restoration programme. Among the finds made was evidence of ornamental garden features and a well with a stone cistern.

Over 300 years later, the letters of 17th century Lady Johanna St. John contributed to the design of the restored walled garden. Gardeners in charge of the 21st century planting have where possible selected plants, which would have been popular in St. John’s day.

In the 17th century the purchase of a tulip bulb could lead to bankruptcy. Today they are a tad cheaper, good news for gardeners working to a budget.

A Brief and Biased Guide to the Historic Houses of England